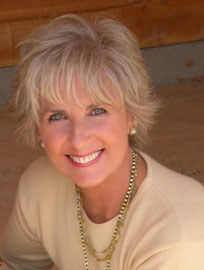 Before founding The Gurney Institute, Carol was Vice President, Personnel and Office Management, for the 12th largest advertising agency in the world. Carol is no stranger to being a pioneer: in 1983 she created a new business, Office Expansion Services, and then began her final business as an Animal Communicator in 1986. She continued to lead the way in her field in 2008 when she established The Gurney Institute of Animal Communication, a ground-breaking Institute internationally recognized as a center of learning offering the highest level of training, professionalism and integrity in the industry.

Today, The Institute continues to grow and evolve. Seeking to create a broader platform for public education and outreach, in 2012 Carol transformed The Gurney Institute into a Non-Profit Public Benefit Corporation. Together with a dedicated Board of Directors, Carol and The Institute will explore new opportunities to enhance the human-animal connection for the benefit of all living beings. 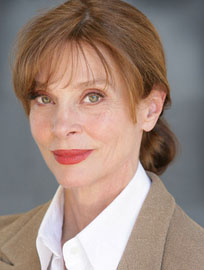 An Emmy Award-Winning Actress with a diverse career spanning theater, film and television, Leigh Taylor-Young is also an Ordained Minister and serves as Vice President of John Morton Ministries. In recent years, Leigh has traveled the world with her life partner, John Morton, together presenting seminars, workshops and heartfelt service to assist others in awakening spiritually, and for creating a better world. Leigh has served as Special Advisor in Arts & Media for the United Nations Environment Programme (UNEP) and as Goodwill Ambassador from the U.N. for ICEBRIDGE: First Arctic Environmental Forum. As a spokesperson for both corporations and charitable organizations, Leigh has represented the Institute for Individual and World Peace, Ted Turner’s Better World Society, MCI Corporation, Hands Across America, and the American Cancer Society. She has hosted a Muscular Dystrophy Telethon and has been an Advisory Board member for Heartfelt Foundation and the EduCare Foundation, a youth leadership training program.

Throughout her life, Leigh has cherished all animals and nature, and every relationship she has had with an animal has been a primary relationship for her. Leigh believes one of the biggest gifts we humans can give ourselves is to listen to animals and not assume they are limited in the ways we’ve been taught. As she says: “If we let them, animals can be teachers and healers, and most certainly they open our hearts. They are boundless in their giving, in the richness of their communication, if we would but stop, listen and commune in return.” 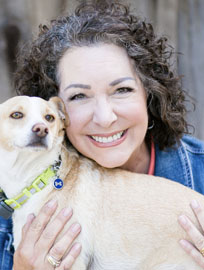 Debra Cummings is an author, speaker and workshop leader. Debra grew up in a business-oriented family and has always had a passion for success. She has been a business owner for more than 40 years and has coached business building to wellness practitioners for more than a decade.

Debra used her inner vision to propel herself forward in business and in her personal life until she discovered a very simple path to living a miraculous life which she now teaches to others.

Debra and her husband, Steve, spend their time in both Santa Paula and Cambria, California with their 3 dogs, 2 cats and 15 sheep. 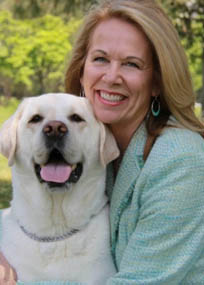 Debbie has spent over 23 years in the service animal business starting with 16 years as Director of Public Relations & Development for Guide Dogs of America in Sylmar, California.

From her years extensively traveling across the country, as a guest speaker and fundraiser, Debbie continually witnessed the business missteps interacting with someone with a service dog and felt it was time to develop an educational training program for businesses.

Her company, DJS Consultant Services, founded in 2011, specializes in service animal public access education.  Her ideal clients are restaurants, museums, entertainment venues, libraries, hotels, etc. Debbie covers technical issues from the tasks service dogs are trained to do to the proper etiquette of welcoming someone who has a service dog and the problems associated with fake service dogs.

In addition to her websites, Debbie is an active guest speaker and  blogger on all things dog and maintains an eCommerce business, Three Treasure Houndz.

An active community member, Debbie served on the Board of Directors of Guide Dogs of America, a Board member of the Simi Valley Police Foundation (whose priority is funding the K-9 program) and a Docent Emeritus at the Ronald Reagan Presidential Museum.

Currently, Debbie is an Associate Member of the Ronald Reagan Detachment 597 Marine Corps League and a member of the Rancho Simi Chapter, Daughters of the American Revolution lending her time to veteran causes. 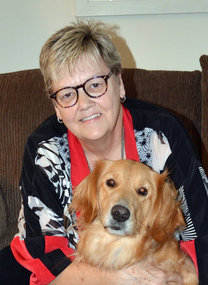 Judy Smith brings 10 years of experience in business development, having worked in the treatment industry with some well known and respected treatment facilities. It was a rewarding career, helping the struggling alcoholic and addict get the treatment they needed so they could live a joyous and peaceful life free from drugs and alcohol.

Judy also has over 20 years experience as a massage therapist and energy worker, which includes canine massage. Massage is very beneficial for people as well as animals and energy work is a powerful modality as well.

Judy has been a fan of Carol’s for years and recently hosted one of her Introduction to Animal Communication Classes in Florida. She so enjoyed the class and Carol’s wonderful teaching style that she plans on continuing her education with The Gurney Institute. Judy has loved animals all her life and has always had dogs, but at one time growing up she had dogs, cats, pigs, cows, chickens and a horse. She was in heaven with all these animal friends. Judy says that animals make her heart smile. 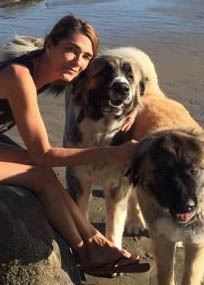 Stacey was born and spent her youth in Oklahoma. Being of Native American ancestry, she has a strong connection to Nature and Nature’s creatures, namely that we are all fellow spirits. Communication with animals was part of her orientation to the world from her earliest memories.

After graduating from high school at 17, Stacey realized her dream of living in a larger city by moving to Chicago where a neighbour who worked with Elite Model Management Chicago suggested that she interview for a camera test. This led to her immediately being hired as a model.

Her work involved runway and editorial work, principally in Tokyo and Milan. This was followed by three years of work in Chicago, New York, Hamburg, and Zurich.  With this experience she had the privilege of seeing the world at a very young age while developing the necessary means to run her modelling career as her own business.

When Stacey was 25, her mother and her grandmother became gravely ill and she felt that she must return to Oklahoma City to be with them.  This required a change in profession and, having an entrepreneurial spirit, she rented a space inside a popular neighbourhood market that included a deli, coffee shop and groceries. As sole proprietor with only three buckets of flowers as her beginning inventory, she quickly developed this into a thriving floral business with multiple weddings and events while concurrently starting and running a catering business.

Five years later, she met the man who became her husband. His business was property development, and as it entailed a great deal of travel, she sold her businesses in order to travel and work with him. Over time she brought what had been lifetime interests in gardening and interior design to a professional level and is currently managing interior design projects in Playa del Carmen, Golfito (Costa Rica), Aspen and Montecito.

Stacey has always had a deep connection with nature, especially with animals. She takes her two Caucasian Shepherds for daily walks on the various Montecito beaches, and she seasonally harvests fresh vegetables from her garden for tasty vegan meals for her family and friends. She never ignores her friends, and when time allows, she paints representational art on large canvases.

Stacey is currently studying with the Gurney Institute of Animal Communication and, separately, is developing a TV series on the subject in collaboration with a director with numerous PBS projects to her credit. Stacey looks forward to sharing with others the importance of appreciating all living beings on our Earth home.