The Language of Animals: 7 Steps to Communicating with Animals

The human/animal spiritual connection is a powerful one, as anyone with a beloved animal will attest. Internationally known Animal Communicator Carol Gurney now shares her HeartTalk Program® and helps readers everywhere make those special relationships even stronger with her, The Language of Animals, which teaches readers how to actually communicate with their animals.

The human/animal spiritual connection is a powerful one, as anyone with a beloved animal will attest. Internationally known Animal Communicator Carol Gurney now shares her HeartTalk Program® and helps readers everywhere make those special relationships even stronger with her, The Language of Animals, which teaches readers how to actually communicate with their animals.

The Language of Animals: 7 Steps to Communicating with Animals will show readers how to make a more meaningful connection with their animals by teaching them to speak the language of animals.

“Carol brings her special gift to animal guardians with this book. I have found her insights and communications very helpful with many of my patients. Her gentle and caring touch in communicating with animals brings comfort to their guardians, and her perceptions and insights can provide useful information to the holistic veterinary practitioner.”
Charles E. Loops, D.V.M. 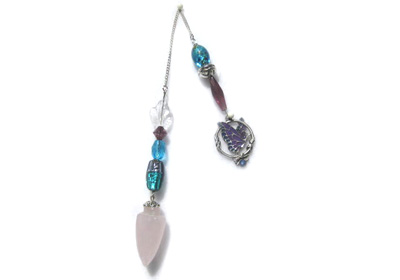 I bought two books to help me learn to improve my ability to “talk with the animals”. In the first that I started to read, it seemed to me that the author was just reciting facts, or things others had said, without much feeling. Lots of stuff about Totems, but little to help me in my quest. So I put it down, and read the second book–by Carol Gurney. I could not put it down, and will be reading it many times to gain more wisdom. Following is my review for publication in the “Dowser’s Digest”, the journal of the Holistic Intuition Society. I recommend it for all Dowsers.
John Living
Author of Intuition on Demand and Your Pendulum

This book speaks from the Heart; it helps you to understand how important it is for you to use your Heart, to work from your Heart–and it explains how! Since humans are also animals, the lessons that she teaches are also usable in our relationships with others from day to day.

There is nothing about body language–just how to use your Intuition to communicate with animals. Carol shows how to do this with any animal, so you do not need to learn the respective body languages used–although this may well be an advantage.

Carol draws on her 15 years experience (and on workshops attended and given) to give a simple and effective method for listening to animals and having “Heart to Heart” communications with them–and learning the lessons that they teach.
She gives many examples of the messages that she receives from animals, including their ability to describe places, and how to use this information to find lost pets–and solve crimes!

“Every story I share in this book should drive home the importance of listening to animals. The following story shows how sophisticated, detailed, and accurate animals’ messages to us can be: One of the most disturbing cases I’ve ever worked on involved finding out who was shooting cats in a Van Nuys, California, neighbourhood. Within three weeks, seven cats had been shot. One had died, and another, named Samantha, had to have her leg amputated. I tried to talk to Samantha about what she might have seen during the shooting, but she didn’t have much to say. She only showed me a picture of something blue on a balcony nearby.

The neighbours suggested I talk with Wilma, the busybody cat of the neighbourhood. Wilma told me the whole story. She described seeing a young man who wore a baseball hat backward over clean-cut hair, had a scar on his face, and was dressed in baggy pants. He wore a white T-shirt and carried an oversize bag.

The neighbourhood committee put out the description that Wilma gave, and everyone went on watch. They found the balcony where the shooting took place. It was trimmed in blue, and the owner, who turned out to be the young man’s father, drove a blue truck. The young man who lived there indeed had a large bag, and inside it was a BB gun. Here’s a case where the cat solved the crime. Because of Wilma’s description, the criminal was caught and the shootings came to a halt. Everyone within the community was thankful for Wilma’s role.

As you can see, animals can be quite observant and aware of their surroundings. Often, they can provide us with detailed information. We also need to be mindful of our thoughts around our animals. If you think a thought long enough and give it a lot of energy, the animal will probably pick it up even though you didn’t consciously sit down and direct it to him. This happens because your thought is strong and because animals are telepathic.

A client from Kuna, Idaho called me because her colt was sickly and, after numerous veterinarian visits with no results, she didn’t know how to help him. His hair had fallen out, he was itchy all over, and no medication or remedy was helping. When I asked the horse to share with me how he felt, I kept getting the thought that he was disappointed with the fact that he was a colt and not a filly.

His diagnosis was that he was allergic to himself. When 1 told this to the family, they were shocked. When the mare was pregnant, all they had thought about was how much they wanted a filly and how disappointed they would be if they got a colt. How could this horse like himself when he felt nobody else was going to?”

Carol gives detailed methods of helping animals with sickness and problems, and explains their understanding of both time and death. She tells how she did not believe in re-incarnation, but had to revise her beliefs due to the numerous messages she received from animals about their souls, spiritual development, and future lives.

Rae Dellacqua asked me if a favorite horse of hers would return to her; she missed him very much. When I got in touch with him, he said he would be coming back, but wanted to return as a Border Collie. When I asked him why, he said, “They are smart.” Rae told me she had been researching the breed for quite some time, and this validated that she was on the right track.

Another client wanted to know if her horse would come back to her. He said he was thinking about being a bird since he would be able to go everywhere with her and not be left in a stall at night without her. Again, she told me she had been thinking about getting a bird as her next animal.

Coincidence? You might want to think so. But, as many people believe, there are no coincidences.

I did not have a pet, so I practiced her exercises with my “little plant” and found I was able to send messages and hear the replies. I checked the accuracy by Dowsing, and it seems that I got 100% in my test.

I then tried another one of her exercises–looking at a distant place. Carol gives this as just one more way to work with animals, but in fact it is a very simple and effective form of “Remote Viewing”! So I propose to include it in my own workshops.
Both the above exercises were tried out by me just by reading her book at the time I came across them; no detailed study, just doing as she suggests! 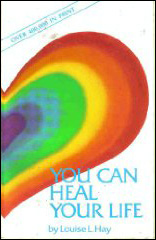 “I took a workshop with Carol Gurney many years ago, and it totally turned around how I relate to animals. In this wonderful, warm book, Carol will teach you the skills of communication and you will be forever grateful.”
Louise L. Hay, author of You Can Heal Your Life

“Carol has done a wonderful job of opening us up to the magic of communication with the animals in our lives. I particularly like the exercises she outlines in the book. They provide the reader with the key to open the door into a new way of seeing the animals around us and coming to understand them better.”
Faith Maloney
Director, Best Friends Animal Sanctuary

“Several years ago when I began exploring animal communication, there were only a handful of books available. Today there is a new animal communication book on the shelf every time I visit my local bookstore. It’s heartening to witness such an explosion of knowledge making its way to the general reading public and even more wonderful when my latest find is as good as The Language Of Animals by Carol Gurney. Seekers new to the field as well as seasoned professionals will find something to instruct and delight them in The Language of Animals.

While Gurney’s text can be enjoyed on many levels, perhaps its two most appealing factors are the author’s honest, positive manner and her practical instruction. Like many novices, Gurney initially doubted her abilities. Feeling she was not as talented as the others in a beginners’ workshop, Gurney was discouraged at what she perceived as her lack of skill. One day, however, sitting quietly with one of her own animals, she discovered a heart-to-heart connection, which opened the world of animal wisdom to her. What this experience taught Gurney was that she was meant to learn when she was most receptive to the intuitive messages between herself and her fellow creatures. This enlightenment. is one she shares with readers throughout The Language of Animals. Recognizing that there exists a core body of interspecies communication knowledge, she acknowledges-that the information comes to each person in slightly different ways. What matters is that we humans remain open to the messages animals are eager to share with us; although Individual paths might vary, all paths lead us to a common goal of making a meaningful connection with our animal companions.

Just as she learned to be gentle with herself, the author encourages others to be equally as caring toward themselves. Throughout this manual, she tells those who are learning to trust their intuition to be happy with the connection established. Gurney also allows her audience to explore the same path she travels with animals by distilling her method into a seven-step program. Her techniques are simple and effective and should be accessible to all who undertake them.

Gurney then shows how interspecies communication can be used in a variety of situations. From establishing basic connections to more specific concerns such as comforting a sick animal friend, passing from the physical body to spirit, and recovering lost animals, Gurney shows the intrinsic value of communication.

What sets The Language of Animals apart from many other animal communication books is the emphasis upon the approach rather than on anecdotal evidence. Although Gurney does draw upon her own experiences and those of some clients, reading this work left me hungry for more. The Language of Animals is a truly wonderful starting point for Gurney and her readers.”
Sally Rosenthal, Species Link Magazine